Home  |  Blog  |  COVID + Influenza: This Is a Good Year to Get a Flu Shot, Experts Advise 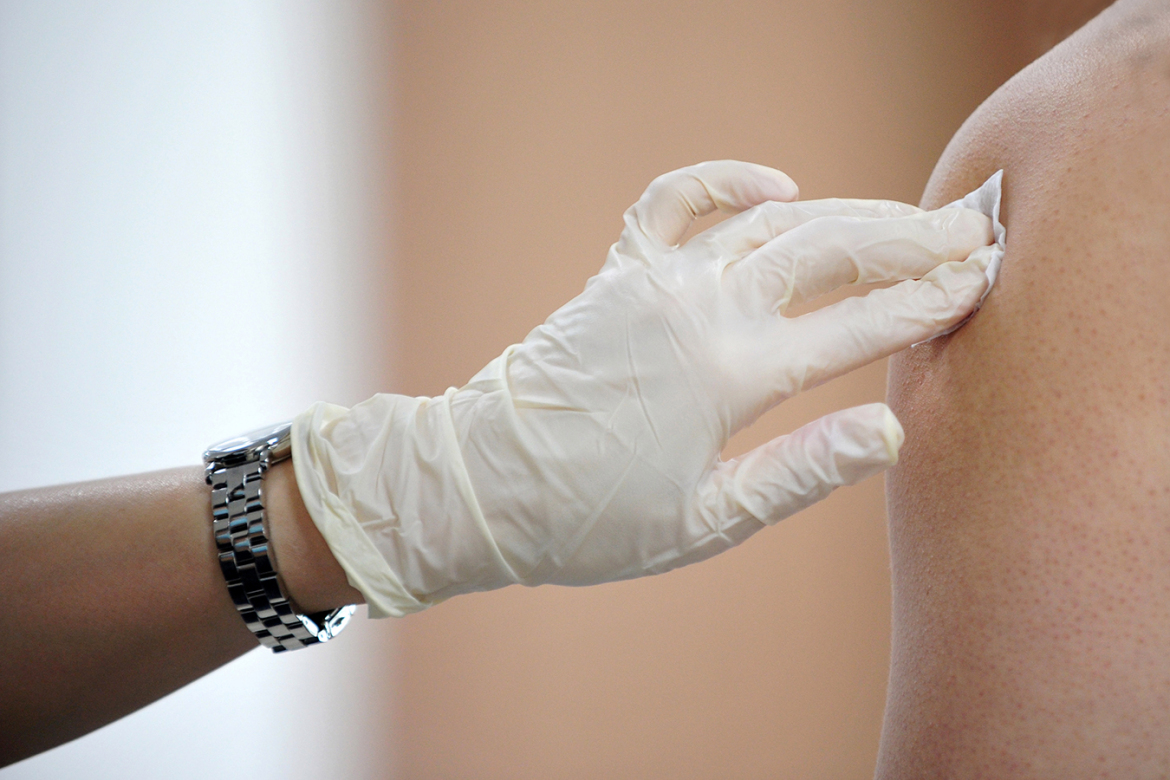 Flu season will look different this year, as the country grapples with a coronavirus pandemic that has killed more than 172,000 people. Many Americans are reluctant to visit a doctor’s office and public health officials worry people will shy away from being immunized.

Although sometimes incorrectly regarded as just another bad cold, flu also kills tens of thousands of people in the U.S. each year, with the very young, the elderly and those with underlying conditions the most vulnerable. When coupled with the effects of COVID-19, public health experts say it’s more important than ever to get a flu shot.

If enough of the U.S. population gets vaccinated — more than the 45% who did last flu season — it could help head off a nightmare scenario in the coming winter of hospitals stuffed with both COVID-19 patients and those suffering from severe effects of influenza.

Aside from the potential burden on hospitals, there’s the possibility people could get both viruses — and “no one knows what happens if you get influenza and COVID [simultaneously] because it’s never happened before,” Dr. Rachel Levine, Pennsylvania’s secretary of health, told reporters this month.

In response, manufacturers are producing more vaccine supply this year, between 194 million and 198 million doses, or about 20 million more than they distributed last season, according to the Centers for Disease Control and Prevention.

As flu season approaches, here are some answers to a few common questions:

Q: When should I get my flu shot?

Advertising has already begun, and some pharmacies and clinics have their supplies now. But, because the effectiveness of the vaccine can wane over time, the CDC recommends against a shot in August.

Many pharmacies and clinics will start immunizations in early September. Generally, influenza viruses start circulating in mid- to late October but become more widespread later, in the winter. It takes about two weeks after getting a shot for antibodies — which circulate in the blood and thwart infections — to build up. “Young, healthy people can begin getting their flu shots in September, and elderly people and other vulnerable populations can begin in October,” said Dr. Steve Miller, chief clinical officer for insurer Cigna.

The CDC has recommended that people “get a flu vaccine by the end of October,” but noted it’s not too late to get one after that because shots “can still be beneficial and vaccination should be offered throughout the flu season.”

Even so, some experts say not to wait too long this year — not only because of COVID-19, but also in case a shortage develops because of overwhelming demand.

Q: What are the reasons I should roll up my sleeve for this?

Get a shot because it protects you from catching the flu and spreading it to others, which may help lessen the burden on hospitals and medical staffs.

And there’s another message that may resonate in this strange time.

“It gives people a sense that there are some things you can control,” said Eduardo Sanchez, chief medical officer for prevention at the American Heart Association.

While a flu shot won’t prevent COVID-19, he said, getting one could help your doctors differentiate between the diseases if you develop any symptoms — fever, cough, sore throat — they share.

And even though flu shots won’t prevent all cases of the flu, getting vaccinated can lessen the severity if you do fall ill, he said.

You cannot get influenza from having a flu vaccine.

All eligible people, especially essential workers, those with underlying conditions and those at higher risk — including very young children and pregnant women — should seek protection, the CDC said. It recommends that children over 6 months old get vaccinated.

Q: What do we know about the effectiveness of this year’s vaccine?

Flu vaccines — which must be developed anew each year because influenza viruses mutate — range in effectiveness annually, depending on how well they match the circulating virus. Last year’s formulation was estimated to be about 45% effective in preventing the flu overall, with about a 55% effectiveness in children. The vaccines available in the U.S. this year are aimed at preventing at least three strains of the virus, and most cover four.

It isn’t yet known how well this year’s supply will match the strains that will circulate in the U.S. Early indications from the Southern Hemisphere, which goes through its flu season during our summer, are encouraging. There, people practiced social distancing, wore masks and got vaccinated in greater numbers this year — and global flu levels are lower than expected. Experts caution, however, not to count on a similarly mild season in the U.S., in part because masking and social distancing efforts vary widely.

Q: What are insurance plans and health systems doing differently this year?

Insurers and health systems contacted by KHN say they will follow CDC guidelines, which call for limiting and spacing out the number of people waiting in lines and vaccination areas. Some are setting appointments for flu shots to help manage the flow.

Health Fitness Concepts, a company that works with UnitedHealth Group and other businesses to set up flu shot clinics in the Northeast, said it is “encouraging smaller, more frequent events to support social distancing” and “requiring all forms to be completed and shirtsleeves rolled up before entering the flu shot area.” Everyone will be required to wear masks.

Also, nationally, some physician groups contracted with UnitedHealth will set up tent areas so shots can be given outdoors, a spokesperson said.

Kaiser Permanente plans drive-thru vaccinations at some of its medical facilities and is testing touch-free screening and check-in procedures at some locations. (KHN is not affiliated with Kaiser Permanente.)

Geisinger Health, a regional health provider in Pennsylvania and New Jersey, said it, too, would have outdoor flu vaccination programs at its facilities.

Additionally, “Geisinger is making it mandatory for all employees to receive the flu vaccine this year,” said Mark Shelly, the system’s director of infection prevention and control. “By taking this step, we hope to convey to our neighbors the importance of the flu vaccine for everyone.”

Q: Usually I get a flu shot at work. Will that be an option this year?

Aiming to avoid risky indoor gatherings, many employers are reluctant to sponsor the on-site flu clinics they’ve offered in years past. And with so many people continuing to work from home, there’s less need to bring flu shots to employees on the job. Instead, many employers are encouraging workers to get shots from their primary care doctors, at pharmacies or in other community settings. Insurance will generally cover the cost of the vaccine.

Some employers are considering offering vouchers for flu shots to their uninsured workers or those who don’t participate in the company plan, said Julie Stone, managing director for health and benefits at Willis Towers Watson, a consulting firm. The vouchers could allow workers to get the shot at a particular lab at no cost, for example.

Some employers are starting to think about how they might use their parking lots for administering drive-thru flu shots, said Dr. David Zieg, clinical services leader for benefits consultant Mercer.

Although federal law allows employers to require employees to get flu shots, that step is typically taken only by health care facilities and some universities where people live and work closely together, Zieg said.

Q: What are pharmacies doing to encourage people to get flu shots?

Some pharmacies are making an extra push to get out into the community to offer flu shots.

Walgreens, which has nearly 9,100 pharmacies nationwide, is continuing a partnership begun in 2015 with community organizations, churches and employers that has offered about 150,000 off-site and mobile flu clinics to date.

The program places a special emphasis on working with vulnerable populations and in underserved areas, said Dr. Kevin Ban, chief medical officer for the drugstore chain.

Walgreens began offering flu shots in mid-August and is encouraging people not to delay getting vaccinated.

Both Walgreens and CVS are encouraging people to schedule appointments and do paperwork online this year to minimize time spent in the stores.

At CVS MinuteClinic locations, once patients have checked in for their flu shot, they must wait outside or in their car, since the indoor waiting areas are now closed.

“We don’t have tons of arrows in our quiver against COVID,” Walgreens’ Ban said. “Taking pressure off the health care system by providing vaccines in advance is one thing we can do.”