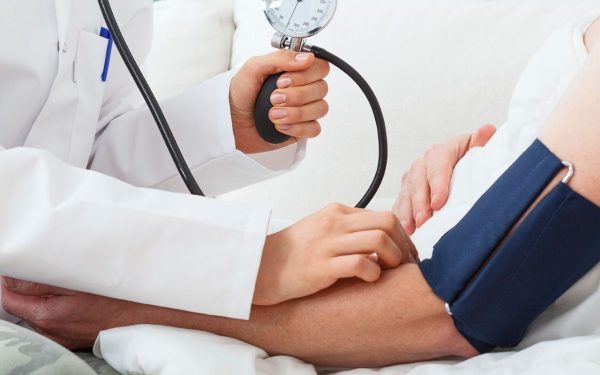 The rising cost of health care places undue stress and financial burdens on patients already struggling to access the treatment and services they need to live fuller, healthier lives.

For Californians living with chronic diseases, the high cost of health care has an even more pronounced and debilitating impact.

There’s no shortage of policy recommendations to address healthcare affordability. However, one issue that federal lawmakers should work to address sooner rather than later is the unfair billing practice known as surprise medical billing.

Surprise medical billing happens when a patient—weeks after receiving out-of-network care— gets hit with a medical bill demanding payment for the cost of care they thought would be covered by insurance.

It’s becoming more common as insurers continue to shrink their provider networks, leaving gaps in coverage so that even at in-network facilities, patients may be treated by a doctor who is out-of-network.

During medical emergencies, or even standard care, we cannot expect patients to keep track of every doctor who treats them to ensure they are staying “in network.”

It’s not just impractical; in many cases, it’s impossible. Instead of putting the onus on patients, lawmakers should ensure these billing disputes are kept strictly between insurers and health care providers.

Fortunately, this issue will be on Congress’ radar as it returns Monday from its summer break.

Multiple bills have been introduced in the House and Senate that would protect patients from surprise billing.

The trouble is, some of these bills would eliminate one problem while creating a whole host of others that would threaten the quality, accessibility and affordability of health care for all patients.

Benchmarking would essentially put Washington in charge of setting rates paid to physicians. This one-size-fits-all approach fails to take into account the vastly differing levels of difficulty and cost-intensity for providing clinical care among varying geographical locations as well as in different health care settings.

Such an approach would lead to hospitals and emergency rooms across California to incur huge financial losses as a result of underpaying doctors for the services they provide. That, in turn, would only increase consolidation rates, further limiting patient options while driving up costs.

We’ve already seen proof of benchmarking’s devastating impact up close and in person. California passed surprise billing legislation that included a benchmark rate for doctors back in 2016.

It may have protected some patients from surprise billing, but according to the California Medical Association, it has also led to a decrease in the number of physicians in networks and reducing access to in-network and on-call doctors for vulnerable patients.

Legislation introduced by Assemblyman David Chiu and state Sen. Scott Wiener, both of them San Francisco Democrats, to protect patients from surprise medical billing has been shelved  for the year.

We need Congress to act now and to do so in a better way than benchmarking; it’s called Independent Dispute Resolution. That process would ensure a fair, open negotiation process

Liz Helms is president and chief executive officer of the California Chronic Care Coalition, lizhelms@chroniccareca.org. She wrote this commentary for CalMatters.