Home  |  Blog  |  Opinion: Has your insurer denied a medical claim? Stand up for your rights 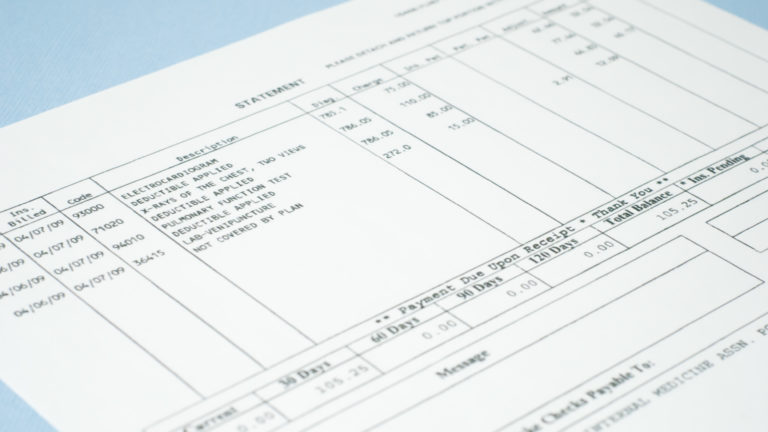 Imagine that you need surgery to correct a serious condition. You have health insurance, so you begin the process of getting your insurer to approve the operation. It does.

A month later, as you are on the road to recovery, you get a bill for the full cost of the surgery and related expenses. When you contact your insurer to determine the next steps, you’re horrified to hear that the company has changed its mind and denied your claim, so it won’t be covering the surgery after all.

That’s not a hypothetical scenario. In 2017, the California Department of Managed Health Care (DMHC) fined Anthem Blue Cross $5 million for its systemic violations of the denial of claims grievance system. In its press release announcing the fine, the department described the case above. Despite more than 22 phone calls made to Anthem to resolve this issue by the patient, his spouse, provider, and insurance broker, the company steadfastly refused to pay. In desperation, the patient filed a grievance with the DMHC, which triggered an independent medical review. That review found Anthem at fault and forced it to reverse the denial.

While that is an especially egregious case, it is not an isolated one. My Patient Rights, an online resource launched nationwide in April by the Chronic Care Policy Alliance, a multistate network of chronic care coalitions I founded in 2017, regularly hears from frustrated consumers trying to resolve issues with their health insurers. It could be a grievance system that fails to effectively and efficiently assist consumers — even though insurers are required by law to help consumers resolve issues in a timely manner — or other obstacles to care like step therapy.

Step therapy, sometimes called “fail first,” lets insurers undermine doctors and force patients to try and fail on one or more medications before the plan will cover the cost of the originally prescribed medication. Like a faulty grievance system, I call step therapy and similar practices like prior authorization health plan barriers because they can prevent access to the quality, affordable care patients expect to receive.

Fortunately, there are policymakers focused on ensuring patients are able to access the care they need. Earlier this month, U.S. Reps. Raul Ruiz (D-Calif.) and Brad Wenstrup (R-Ohio) introduced federal legislation called the Safe Step Act to ensure that doctors have the ability to appeal step therapy requirements. It mirrors legislation that more than 20 states have enacted.

While legislation is critical in preventing health plan barriers, consumers also play a role. By knowing their rights, appealing denials, and fighting back, patients can stand up for themselves. But first they need to know that is an option.

A recent Kaiser Family Foundation report looked at data on claim denials and appeals from the Centers for Medicare and Medicaid Services. Among other findings, the report showed that consumers rarely appeal claims that have been denied. In 2017, 121 major health insurance issuers denied a total of more than 42 million claims. Consumers appealed less than 200,000 (0.05%) of these denials. Although consumers have the right to bypass their insurer’s internal appeals process and go directly to an external review, this happens in fewer than 1 in 11,000 denied claims (0.009%).

Not appealing is a lost opportunity. A recent report by the California Chronic Care Coalition, “Standing Up For Your Rights Creates Results,” showed that the California Department of Managed Health Care reversed or overturned 61% of health plan decisions in 2017. This finding shows that consumers can get coverage for the care they need after appealing.

No one should take their health plan’s denial as arbitrary and final, especially now. Just last month, UnitedHealth Group lost a class-action suit filed by 50,000 patients because one of its arms, United Behavioral Health, denied coverage for mental and behavioral health issues.

Everyone should be equipped with the tools necessary to stand up for their rights. My Patient Rights is a place where consumers can find those tools and learn how to use them. At the end of the day, people whose health insurance claims have been denied must know they have options and are not alone.

Liz Helms is president and CEO of the California Chronic Care Coalition, founder of the Chronic Care Policy Alliance, and author of “Health Care Unhinged: The Making of an Advocate“ (Page Publishing, 2016).